What is ASAP’s Acceleration Grants Campaign?

ASAP’s Acceleration Grants campaign is empowering 1,000 new schools across America to deploy one of the innovative program models uncovered via ASAP’s 2012 Physical Activity Innovation Competition. Grantee schools are receiving the programmatic materials, technical support, and a $1,000 financial kick-start to launch the program of their choice during the fall of the 2013/2014 school year. 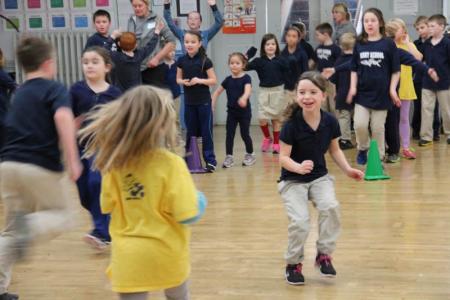 The Acceleration Grants campaign calls on champions – any leader passionate about this cause with close ties to his or her school community – who wants to make a difference. The Innovation Competition taught us that it was often a single individual –a dedicated physical education teacher, an inspired mom or dad, an enthusiastic administrator who sparked waves of change in his or her school. With the right mix of gusto, an initial team of supporters, and a program idea with legs, these champions will create a school culture that embraces and prioritizes movement. This is the tipping point ASAP is helping schools reach all across the country.

In 2009, a year after President Obama took office, First Lady Michelle Obama unveiled her signature campaign, Let’s Move!, a campaign designed to raise a healthier generation of American children. Since its inception, Let’s Move! has been instrumental in elevating the visibility of the childhood obesity epidemic. Her work with parents, schools, teachers, faith organizations, cities and communities has spurred unprecedented strides in addressing this critical national issue.

In February 2013, the First Lady re-ignited her campaign by turning her attention toward one actionable piece of the solution: boosting physical activity in America’s schools. This new effort, Let’s Move! Active Schools is a collaboration of ten organizations dedicated to making it simpler for schools to become active schools. ChildObesity180 is proud to be a founding partner of this initiative. As a grant maker, ASAP is playing an influential role in building a strong base of active schools in all 50 states.

The Top 7 Financial Institutions in Michigan

This review will show the best companies in the Michigan financial over the past period. The rating was formed taking into account the customer reviews. We have selected 7 financial…

How to Boost Your Child’s Immunity This Back-To-School Season?

Taking care of the child’s immunity is one of the primary tasks of parents. Frequent illnesses, susceptibility to viral diseases in schoolchildren are all signs that the immune system is…

This article will tell about drugs that increase male erectile function or, in other words, it is used to treat erectile dysfunction. This problem is very acute because every year…

Gillette, Wyoming In Mr. Hardesty’s class, students and the teacher pause every 15 to 20 minutes for a fitness break. Breaks consist of one minute cardiovascular movement then one minute…